ETG Integrated Services Ltd. (Dolphin), a global communications carrier and operator of the Africa Coast to Europe (ACE) submarine cable system in West Africa, has donated some key medical equipment and supplies to the Taifa Polyclinic in Accra to aid in continuous quality healthcare delivery.

The Polyclinic, located in the Taifa community in the Ga West District, has hitherto been at its wits end in providing for instance sound ante-natal service to would-be mothers as it lacked an ultrasound scanner among other supplies.
Due to that a comprehensive ante-natal service could not be delivered as the scan had to be done in another facility before being brought to the Taifa Polyclinic – a situation which burdens the pregnant women.

Presenting an ultrasound scanner in addition to other medical supplies, Doris Somuah Asante, Finance and Admin Manager at Dolphin said the gesture is borne of the company’s philosophy of being an agent of change in the community that it operates within.

According to her, the choice of the Taifa Polyclinic is due to its crucial location that enables it to serve the huge population of Taifa as well as the clinic’s own desire to overcome some of the challenges confronting its operations.
Receiving the items on behalf of the Clinic, Dr. Charles Paanii Dewhurst, a medical officer at the Taifa Polyclinic, was hopeful that Dolphin’s gesture will give healthcare delivery in the clinic a facelift.

“The scan machine is going to go a long way to help with our services here especially with pregnant women and other cases where we need to scan the kidney, liver etc. The lack of a scanner has been our main challenge for some time now as previously patients come in and we would have to refer them to other health facilities several miles away because we don’t have a scanner
“So having the scanner now is going to be very good for us in terms of providing a quality clinical care. We are praying that this relationship with Dolphin will grow further where we can benefit from each other,” Dr. Dewhurst added.

Also at the presentation of the items were senior management members of ETG Integrated Services, (Mrs.Doris Somuah Asante- Fin & Admin Manager, Mr. Micheal Lawal & Mr. Francis Horsu-Porbley – Sales Managers and Mrs Christiana Annan – Admin Officer)
Earlier on, the Dolphin Team also extended their generosity to two former inmates of the Senior Correction Institute (Borstal Home) by supplying set of working tools and equipment in order to put to good use the skills they had acquired at the institute.

The two former inmates who were discharged in August had been trained in automotive engineering as well as vulcanizing were given a set of requisite tools in order that they can utilise their acquired skillset and reintegrate seamlessly into the society. 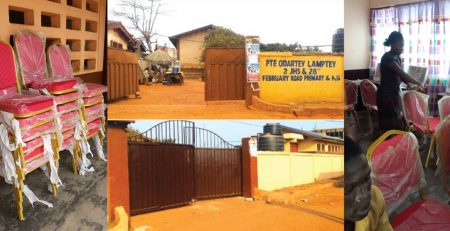 Private Odartey Lamptey Memorial Junior High School, named after one of the casualties in the 28th February, 1948 crossroad… 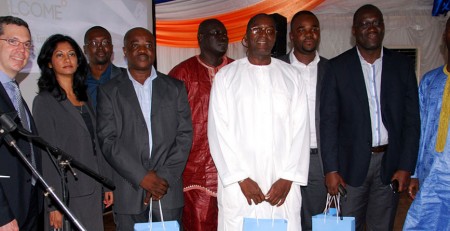 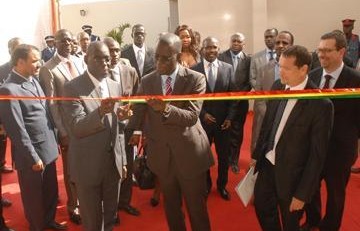 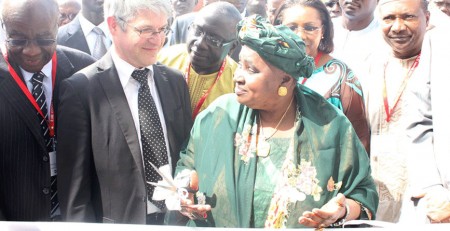 In attendance were many officials, among which was the Gambian Vice-President, Mrs Isatou Njie-Saidy. The event was attended by…